Free shipping within USA and orders over $100 Internationally

What can I say about my big bro, Bobbitoooo!! Super proud for all his success & achievements throughout his career.  But I’m even more proud that he chooses to rock one of our BBJ Crew Necks in this video with Puma… Man, I appreciate you Bob more than you ever know… #salute #respect #tripleOG

Check out his upcoming documentary titled: Rock Rubber 45’s (click on the link to see the schedule of all the screenings worldwide).  Los Angeles screening on July 7th at the Regent Theater.  Tickets on sale now at Footlong Development.

Both the PUMA Suede and Bobbito made moves on the court, in the streets and at the clubs. Both created a legacy to last #ForAllTime. So together PUMA and Bobbito collaborated on a 50th anniversary special design for the OGs.  Source: Bobbito Garcia / Puma

Just doin’ my part to help spread the word and to support my big bro Bobbito Garcia on another documentary he’s dropping called Stretch and Bobbito: Radio That Changed Lives.  Please check out and support their Kickstarter campaign and let’s help get this film out to as many viewers out there as possible.  For all the hip-hop heads in Los Angeles area, there will be a one-day screening on September 28, 2015 at the Regent Theater hosted by our friends at Footlong Development. For more information go to www.stretchandbobbito.com.  BOOM!!

Southern California based lifestyle brand Bball Junkies announces a collaboration with directors Bobbito Garcia & Kevin Couliau for the documentary “Doin’ It In The Park: Pick-Up Basketball, NYC”. The idea of the collaboration stems from BBJ’s belief in the movement that continues to define the brands’ existence, as well as their involvement in promoting the documentary through hosted screenings in Los Angeles and Orange County earlier this summer.

The design entitled “The Colby Tee” was inspired by the work of the Colby Poster Printing Company, who was known worldwide for producing bright, fluorescent hyper-colored posters with bold typography. The “Colby-style” of printing dated as far back as the late 40’s, was used by many establishments to promote movies, events, political campaigns and concerts during that time. Unfortunately at the end of 2012, the Los Angeles based institution closed its doors permanently, leaving behind an old art form that may soon be forgotten.

About Doin’ It In The Park

Doin’ It In The Park: Pick-Up Basketball, NYC is an independent documentary directed by Bobbito Garcia and Kevin Couliau. The film explores the history, culture, and social impact of New York’s summer b-ball scene, widely recognized as the worldwide “Mecca” of the sport. The 2012 Urbanworld Film Festival Audience Award winner for Best Feature has been screened around the world, will do its US Television debuts in January 2014 and is already available as a digital download on doinitinthepark.com. The New York Times called the doc, «an exuberant introduction to the rich lore of the city game.

For more information about the film or to purchase their products go to www.doinitinthepark.com. 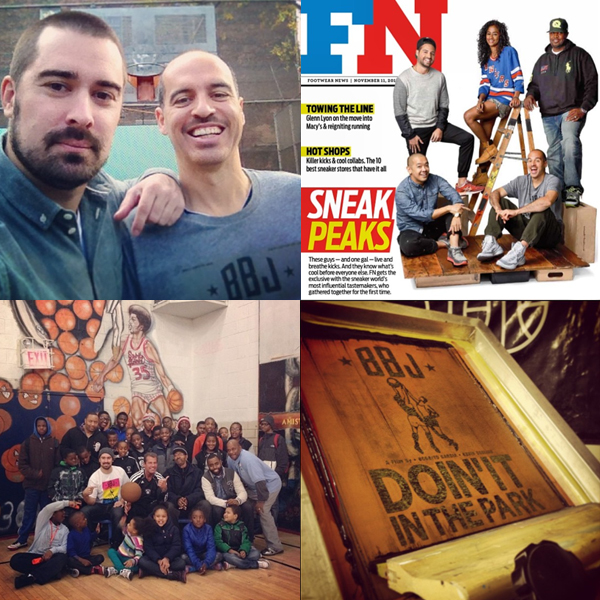